On Sunday morning after Twilight, we departed the Hotel Indigo in Athens en route to Roswell, GA, for the Roswell Criterium.  After an hour fifteen in the caravan with the rest of Mavic‘s volunteer mechanic crew, we made it to the race course.  It was easy to find.  The traditional race course is only half an hour from my house and I had raced the criterium for the past 5 years.  You could say I was kind of familiar with the area… 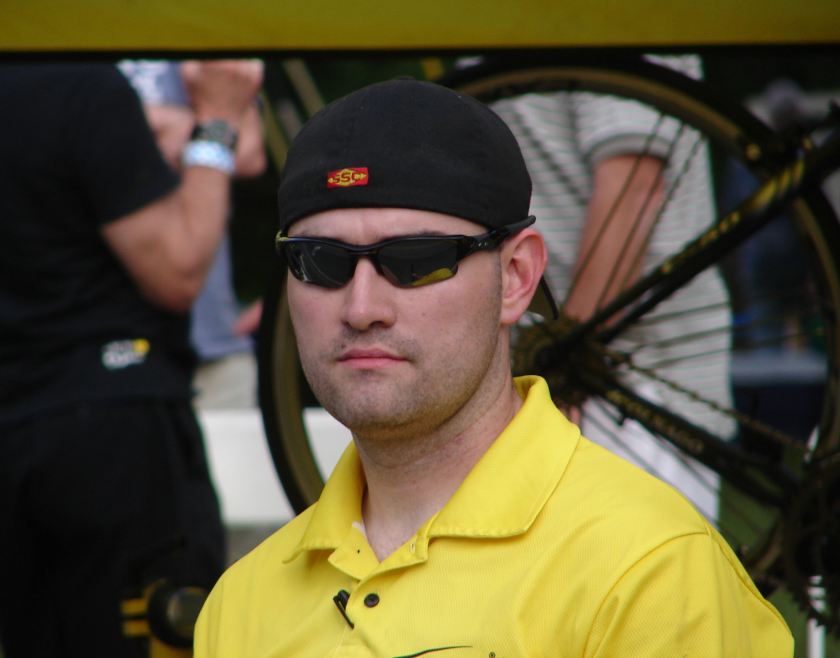 We set up the pit area alongside Roswell Bicycles and I visited with my boss, Kevin, and one of my co-workers, Doug, who had set up the Out Spokin’ Sprinter Van and tent for the tailgate party.  They had the gas grill out and were already into “party mode” after their morning ride around Roswell/Alpharetta.

If you’ve never raced Roswell, then you don’t know about the “race to the start.”  Staging area for this race is beyond the 250m mark behind the finish line.  Once the gate opens, you have to get clipped in and make a mad dash to the start to get the best position possible.  It’s pretty crazy, but necessary to get in the first two rows, or you’ll have crappy starting position, and in most cases, a crappy race.  Myself and my two teammates, Lonnie “The Legend” and Baxter, had a great “race to the start” and were all positioned in the second and third row.

My plan for the race was to conserve as much energy as possible, then see where I was at for the finish.  There is never usually a breakaway in the 4/5 race… that’s just how it is.  If there was a move, I wanted to be near the front to cover it and go with it, if need be.  I also wanted to keep an eye on my computer.  In a 40 minute criterium, the first 10 minutes is crucial.  If you can make it through the first 10 minutes, you can settle and hang.  If you’re in distress before that point, you should probably pack it up and call it a day. 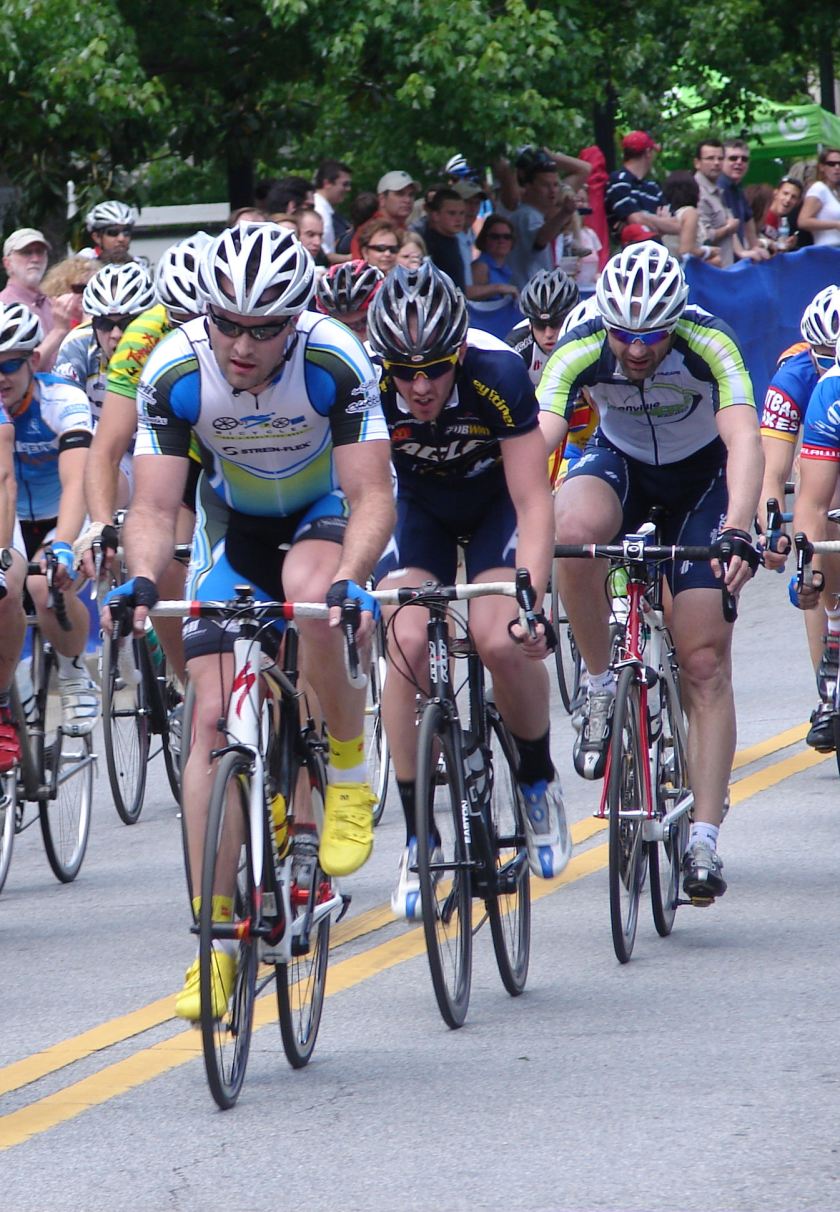 I had a really good race.  I avoided crashes, stayed near the front, and didn’t take ANY pulls.  I downshifted before turns so I could pedal through without getting out of the saddle and expending any extra energy. I had no idea where my teammates were.  I didn’t see them for quite some time.  I think we lapped Lonnie at one point.  He got stuck behind some crashes and got separated from the main field.  I was consistently in the top ten throughout the race, so I figured a good sprint finish was in the cards.

I had good position for the field sprint, so I went for it.  I probably took off a little too early.  Roswell’s finishing straight is deceptively long, and I was running a 12t small cog.  If I had an 11t (my own stupid fault), I may have had enough gear to finish in the money.  I still managed ninth place.  Top ten is nothing to complain about.

After the race, it was back to work with Mavic.  We worked through the rest of the day’s racing, then packed up and headed to the house.  Lots of little sidebar stories throughout the weekend.  Ran into a lot of old friends and racers I have wrenched for in the past.  Made some new acquaintances, too.  All in all a good weekend of racing and fun.

It’s been a busy few weeks, finally ending with the Rose Pedal charity ride today.  Rose Pedal is a ride put together by my friend Zane Leake, and his family and very close-knit group of friends.  The ride raises money to fight Cystic Fibrosis, which his daughter, Greyce, suffers from.

Last year was the first year for the ride, and was very successful.  They put together a magnificent event, drawing well over 200 riders.   This year was no exception.  They had around 250 riders pre-registered, and I’m sure there were over 100 more that showed up for the ride today.

Here’s a few pictures from today:

To Zane and the Rose Pedal Crew:

GREAT JOB, TODAY!!!  WITH YOUR HELP, I’M SURE A CURE FOR CF WILL BE FOUND!  OUT SPOKIN’ BICYCLES, AND MYSELF PERSONALLY, ARE HAPPY TO SUPPORT YOU FOR MANY YEARS TO COME!!!

Don’t have a lot of time to post anything really substantial, but here’s a few things that are in the works at the moment:

That’s all I’ve got for now.  Gotta get my gear ready for tomorrow’s ride!

As I mentioned before, Team Kenda Pro Cycling presented by GearGrinder will be in Woodstock on the 28th for their VO2 Max Testing at Lifetime Fitness on Hwy 92.  I started doing some digging around the interweb and spoke with a couple pals of mine involved with the team to see what the deal was. 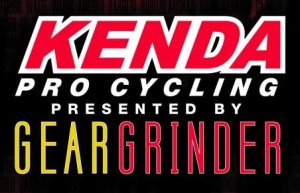 As I was being inquisitive, I was approached (via Twitter) by the team’s manager, Chad Thompson, about coming to camp and building some of the team bikes for a few days in Macon.  Looks like that’s the plan… I’ll be down there on February 24/25 to help build some of the 70 bikes that the team will utilize throughout the year.  Getting my hands dirty building some pro level bikes.

It’s good to get “back in the trenches.”  Back in 2003/2004, I started planning my career around getting involved with working with profesisonal cycling races and teams.  After seeing the Mavic SSC Neutral Support Crew at the 2002 Junior/Espoir National Championships in my hometown, I instantly knew that I should chase after that kind of career.  I started setting myself up for it.  I made connections in the industry, and in January 2005, I went to USA Cycling Mechanics’ Clinic to get my Race Mechanic’s License and jump onto the pro racing scene.

I ended up in bike shops again after a couple of small stints on the road, but did some other mechanic work on the road in 2007.  I’m extremely happy where I’m at right now (Out Spokin’ Bicycles), but it’s still fun to mix it up a little bit by getting some hot new pro bikes built up.  It especially helps when they’re Masi Bikes (official sponsor of PROBIKEWRENCH.COM)…

It’s always cool to have a well-known cyclist stop by the shop for a personal appearance.  Afterwards, we’re going to ride/drive back over to Lifetime and meet the rest of the team for the Fan Ride, which should take about two hours.  There will be lunch in the cafe at Lifetime Fitness after the ride, followed by a question and answer session with Frankie, Chad, and the rest of Team Kenda.

If you want to get in on this and you’re local to Woodstock/Atlanta, come by Out Spokin’ around 11am on Sunday, February 28th for the festivities.  For more information, check out our event page on our website at http://www.outspokinbikes.com.