I’ve had the last few weeks off, and I’ve been collecting my thoughts and trying to figure out what’s next for me.  Last week, Niki and I dropped the kids off at my folks’ house and we spent a couple of days in Asheville, NC.  She surprised me with a ziplining trip at Asheville Zipline Canopy Adventures.  I wasn’t expecting it, but enjoyed it thoroughly.  Our guides, Joe and Jamie were AMAZING!  If you’re ever in Asheville, visit the Crowne Plaza Resort and check them out!

The next day, we visited my buddy Andy Grabowski’s shop, Chainheart Cycling Studio, on Riverside Drive in Asheville.  I’ve been telling him for the last several years that I would come up and visit, and I finally made good on my threat!  Andy and his partner, Chad, run a sweet little cycling studio (not your ordinary bike shop…) that caters to higher-end and professional clients from all over.  Andy’s been a good friend since he worked for SRAM and I was Head Mechanic for the Aaron’s Women’s Team.  The last time I saw him was this year at USPRO Championships, where he and Chad worked for Team Liquigas riders Ted King, and eventual USPRO Champion, Timmy Duggan.  Andy’s work wins races… big ones.  If you’re ever in Asheville, go see Andy. 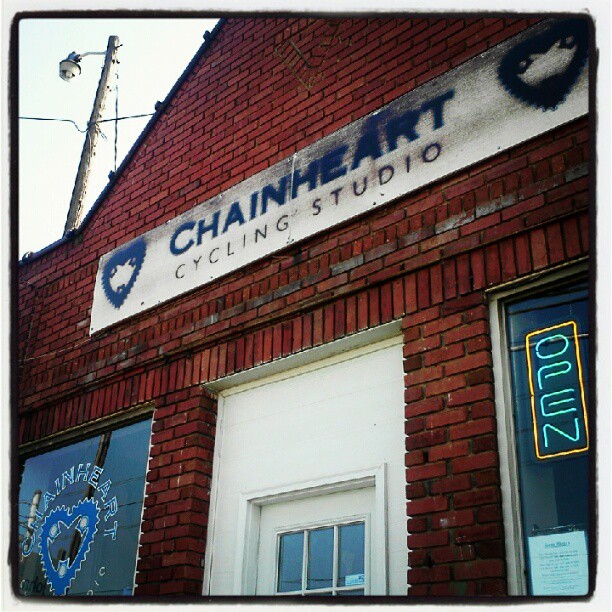 We had to drive home quickly, because the following day was the Georgia Games Road Race.  It was the Georgia State Championship Road Race this year, and it was the goal I set for riding and getting back into some form of shape lately.  The most fun part for me was that it was going to be my wife’s first bike race… EVER!  We met as a result of cycling and she’s been involved with it for 9 years, but had never done a bike race herself.  She was extremely nervous, but I was proud of her for just starting the race.  The first one is definitely the hardest.  She finished one of two laps, with a very strong women’s field (they averaged 21mph for Cat 4 Women!!!), and I was super-proud.

My race (Cat 4 Men) was a decent race for me.  I was riding with my friend Harvey’s Lifetime Bikes/Loganville Ford team.  Since I left my previous shop, I had no real team affiliation, so Harvey brought me a kit for the day’s racing.  I missed my start by a few seconds because I had forgotten my energy gels, but was able to catch the peloton within the first half mile, so no reason for panic.  We started out with a really fast first lap, in which my teammate and friend, Stephen Baxter, was taken out by a crash.  He survived, but had to pop his shoulder back in place before his race on Sunday…

It was a pretty quick pace throughout the race, and got progressively hotter as the race went on.  At the start of lap 3, one of our Lifetime Bikes/Loganville Ford teammates attacked right before the start/finish, and I was sitting about 4th wheel.  I tried to get on the front and slow down the pace, but he didn’t have the energy to sustain a solo break with 45 other riders chasing not too far behind him.  Right after the last turn on the last lap, some idiot decided to take a drink from his bottle and hit a reflector in the road, causing a massive crash.  We were less than 2 miles from the finish at that point… any smart racer would have already fueled up for the finish by that point and been ready to turn on the gas.  As we neared the finish, our aggressive motoref pulled EXTREMELY close to the field with less than 500m to go and tried to start relegating more people.  It got too dangerous for my tastes, and my legs were worked from the race, so I pedaled across the line for 28th place out of 65 racers.  My goals were accomplished:  Finish with the field, and don’t crash.

A good friend I made at the Carmichael Training Systems Tour of California Race Experience, Will Williamson, came up and raced his first road race and criterium over the weekend.  He and his wife, Jenny, came up from Alabama the previous weekend with the kids to hang out and for us to pre-ride the race course.  They left the kids at home with the grandparents, so we had a chance to hang out with them after the road race.  We didn’t really have any plans on Saturday, so we went down to East Point and watched the action at the Dick Lane Velodrome.  They were having a big race weekend, and Outback Bikes had free tickets available, so we got the chance to introduce them to the track.  Bumped into Jeff Hopkins (one of my former Jittery Joe’s riders, and track operator), Scott Patton (race announcer, and overall good guy), Joe Eldridge (Racer and Friend, Team Type 1), and Jon Woodroof (TwoToneATL.com, Bike Blogger, Instagram hero).  Good times had by all. 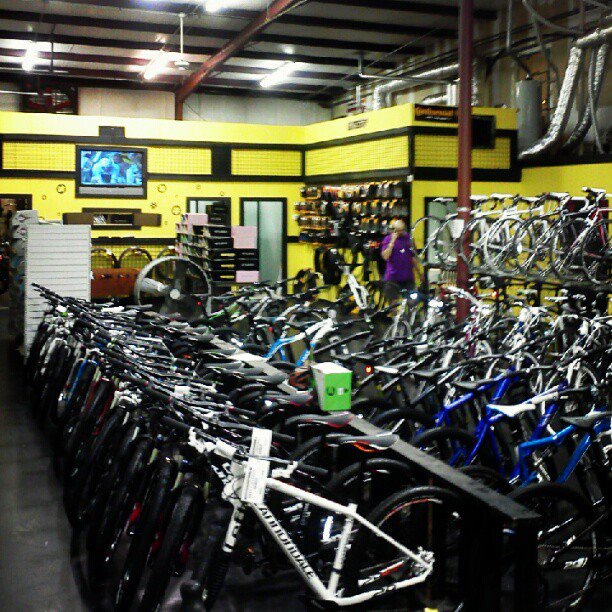 Since Monday, I’ve been helping Harvey out over at Lifetime Bikes in Loganville, GA.  One of his mechanics is on vacation, so I’ve been getting my hands dirty a little bit.  If you haven’t made the trek over to Loganville, you most definitely should.  The shop does a little bit of everything, but based on the cyclists coming in the door, I’d say it’s mostly a road shop.  There are LOTS of group road rides that leave FROM THE SHOP (key to a successful road following), and Harvey’s got a passion for getting out there and cycling, himself.  He competed in the road race and criterium this past weekend and pulled off a 2nd place in the Cat 5 crit at West Oak.  Not bad for the owner of the bike shop, huh?

I’ve had a great time over here, and I’ve got one day left.  Tomorrow is my 32nd birthday, and I get to spend it doing something I love.  Working on bikes.  I’ve said enough for now.  I’ll catch up later.