It’s been so long since I blogged, I can’t even remember what the subject of my last post was.  I will say this… it has been one HECK of a year, and it ain’t over yet.  Here’s a timeline, of sorts, since I last blogged:

I may recap some of these events in greater detail later, but for now, I’ll try to start posting a little more regularly. We FINALLY got our internet set up at our new house, so I’ll have a bit of time in the evenings to catch up on things.   I post fairly regularly on Instagram, Facebook, and Twitter, so if you just can’t wait for a new blog post, follow the links to those pages.

Thanks for the support.  More good stuff coming soon.

I took a brief hiatus from writing on my blog, not because I didn’ t have anything to say, but because I simply haven’t had time to cram another thing into my schedule.  Looking back, I see my last post was before Cyclocross Worlds in February, so I’ve got some catching up to do.  Here’s a few highlights: 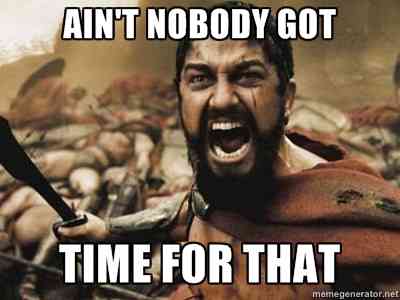 Those were the difficulty-riddled bullet points.  The following are some great things that came along, filled in the gaps, and offered the silver lining to my aforementioned dark clouds:

Lots of change is happening, and on some fronts, I’m very nervous and anxious.  I can’t help thinking that when things stop changing, we stop living.  We become stagnant at that point, and fall into a really bad spot that nobody wants to be in.  I’m glad things are changing for us, and I can’t wait to move on to the next several chapters of our lives.  We’ll be leaving a lot of good friends in Georgia, but we’re close enough to make occasional visits, and there’s always Facebook…

We’re currently halfway finished with our move, but will be transitioning over the next two months.  If you need to contact me, e-mail me at probikewrench@gmail.com.  Thanks for your friendship and support.

UTAC Velo is an official sponsor of PROBIKEWRENCH.COM.  UTAC Velo is a group of cycling friends who participate in the annual AIDS/LifeCycle Ride, which travels from San Francisco to Los Angeles, CA (545 miles) over the course of 7 days (June 6-12).  To date they have raised upwards of $100,000 for this year’s event.

Some of you may be asking, “What does UTAC mean?”  UTAC means, “Until There’s A Cure.”  My fellow VeloReviews.com Podcaster/friend, Jen Moore, is a team captain for UTAC Velo, and she does an amazing job with fundraisers, training rides, and being wholeheartedly committed to doing her part in finding a cure for AIDS.  There’s not too many people I know that are as completely sold out to a cause they believe in like Jen, and I’m proud to be involved.

If you’ve got a few extra bucks floating around and would like to make a last minute donation (the ride is next week), please visit the UTAC Velo Sponsorship page and donate to help beat this disease.

I had the privilege of hosting Matt and Kevin from Wheeltags for an impromptu training camp in Canton, GA, a few weeks ago.  They wanted to escape the near horizontal elevation of Carmel, Indiana, and try out some hills for a few days.  I was happy to oblige.

The first few days, I gave them some good rides to do on their own, allowing them to explore some of my favorite routes in northern Cherokee County.  On the Monday of their trip, I took them up to Dahlonega/Lumpkin County to check out the “Front Three” Gaps (Neel Gap, Wolf Pen Gap, and Woody Gap).

For some flat-landers, they didn’t do half bad on the hills I threw at them.  They also had some pretty sick examples of Wheeltags on their personal rides (gotta love eye candy!).

We had a great couple of days of riding down here.  Next time, I get to make the trip north to visit them for some good-old flatland riding.  Hopefully, they won’t put me in the “hurt locker…”  Thanks for the visit, guys.  See you soon!

If you use a blog reader (i.e. Google Reader), please refresh your settings for my blog. Having gone through several changes in hosting lately, the links and RSS feeds may not be correct.

Sorry for the inconvenience.